It has been decided to go to Hirtstein @ JO60OM for June Contest. 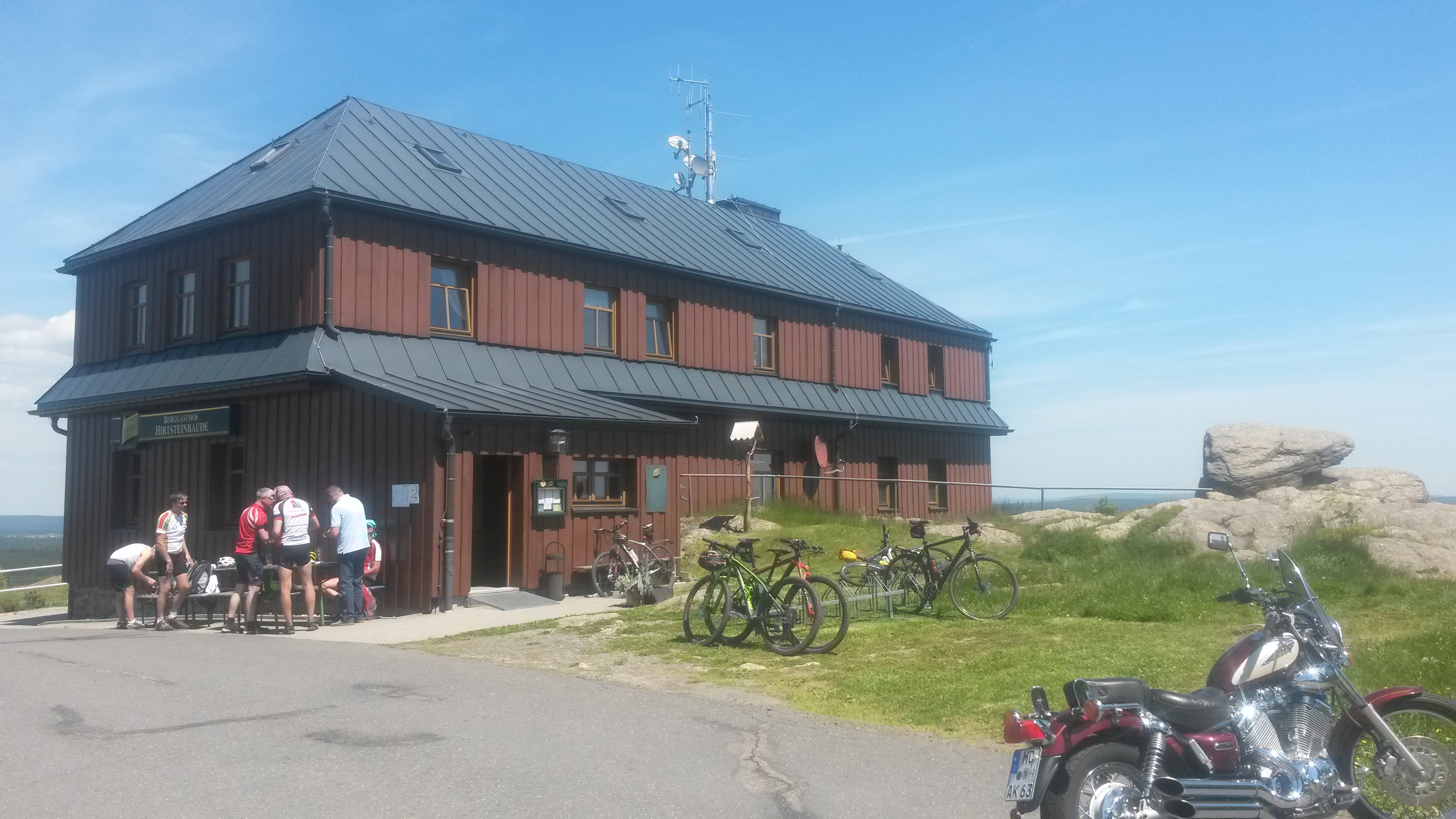 First our apologies to all stations they tried to contact us via chat or randomly
but were not successful, e.g. UR7D and OL9W, condx on 3cm did not allow a
QSO.
After a good start in this contest season during the March Contest, we reached
the third place in the German team competition, and a good running May
contest, securing place 3, we followed the proposal of DH0LS to choose the
Hirtstein as our Micro Wave Contest QTH.
Well, the with sun week end made the available operators rare.
DD0VS fought with some health caused family topics. And then with allergic
reactions and the heat... Jens, DH0LS, arrived with a cold. Further we did not
have our caravan available. Nevertheless the two stations have been installed in
time. Also the problem which caused the network disaster in May have been
resolved.

The first station was a dedicated 23cm station only. With a home made
transverter and a BEKO HLV800. Antenna was 2m dish with can feed.
It has been decide not to use full power but only 200W to avoid the well known
crocodile situation.
The second station was Jens, DH0LS, home made station. 1.5m dish and a ring
feed for 13cm and 9cm. A 1m dish with horn feeds for 6, 3 and 1.2cm and a
small separate dish for 47GHz with a cassegrain feed mounted live during
QSOs with OK1KAD.
Not to forget the friendly visit of DG2DWL and DH1DM two hours before end
of contest. 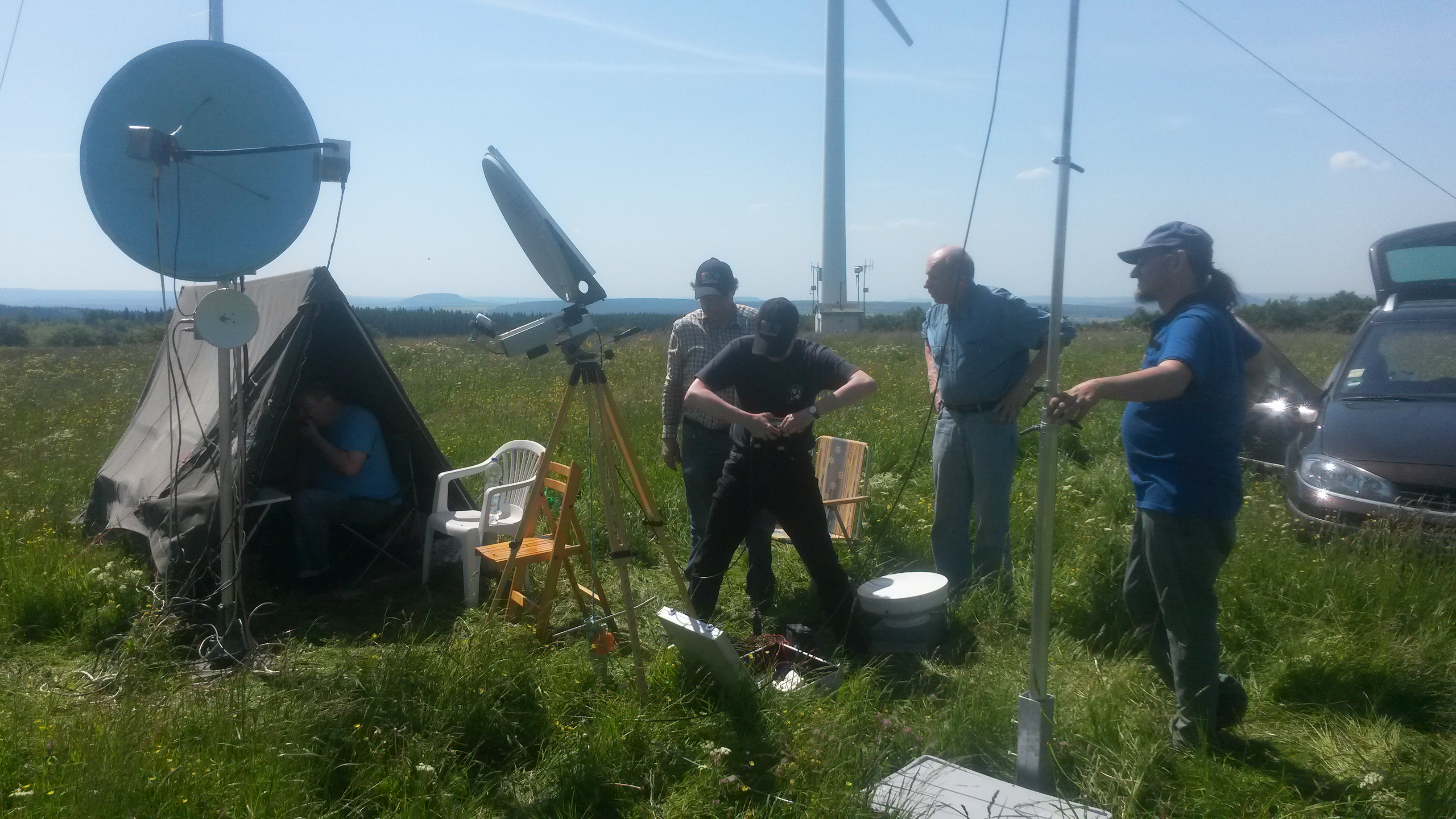 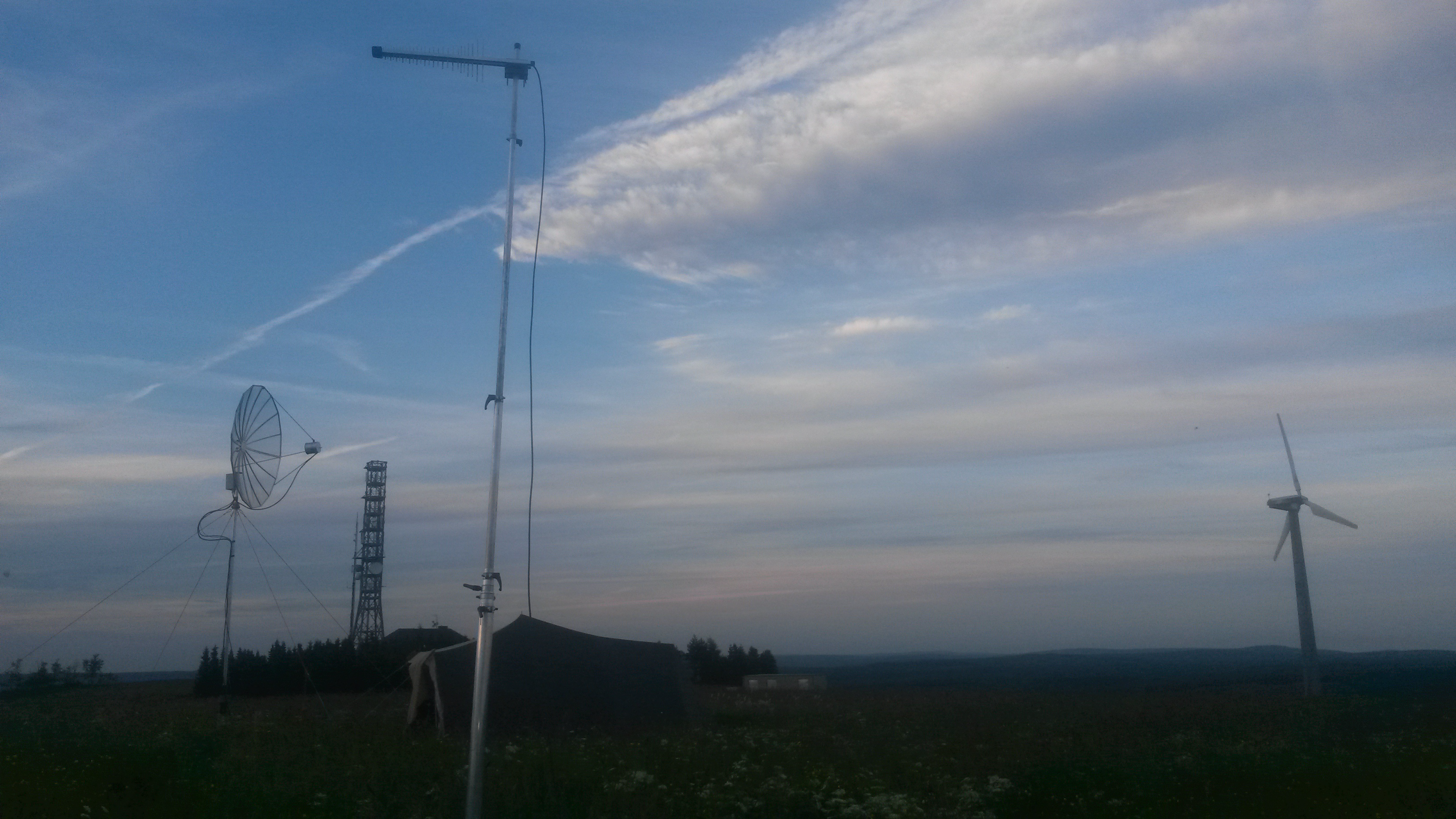 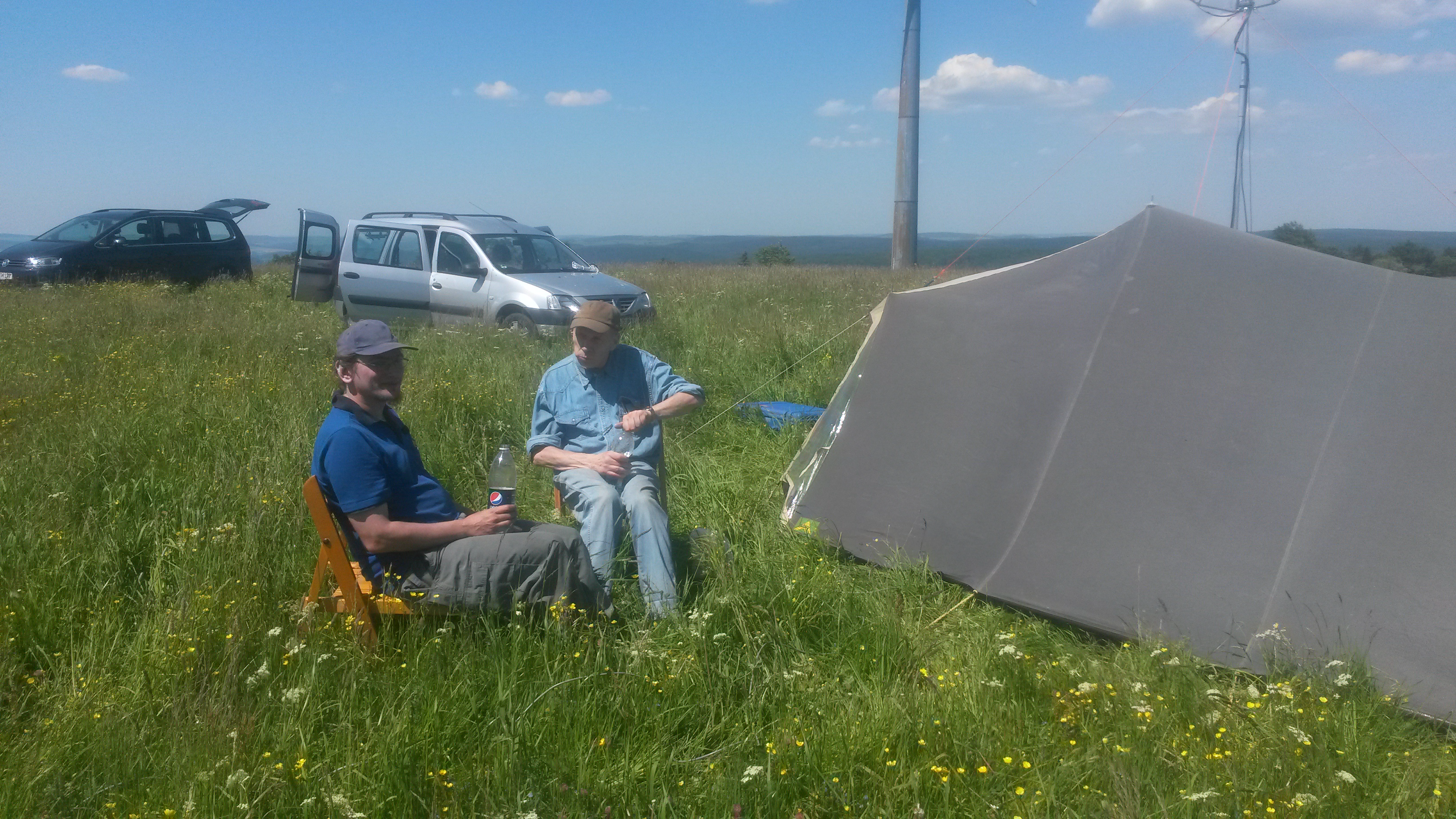 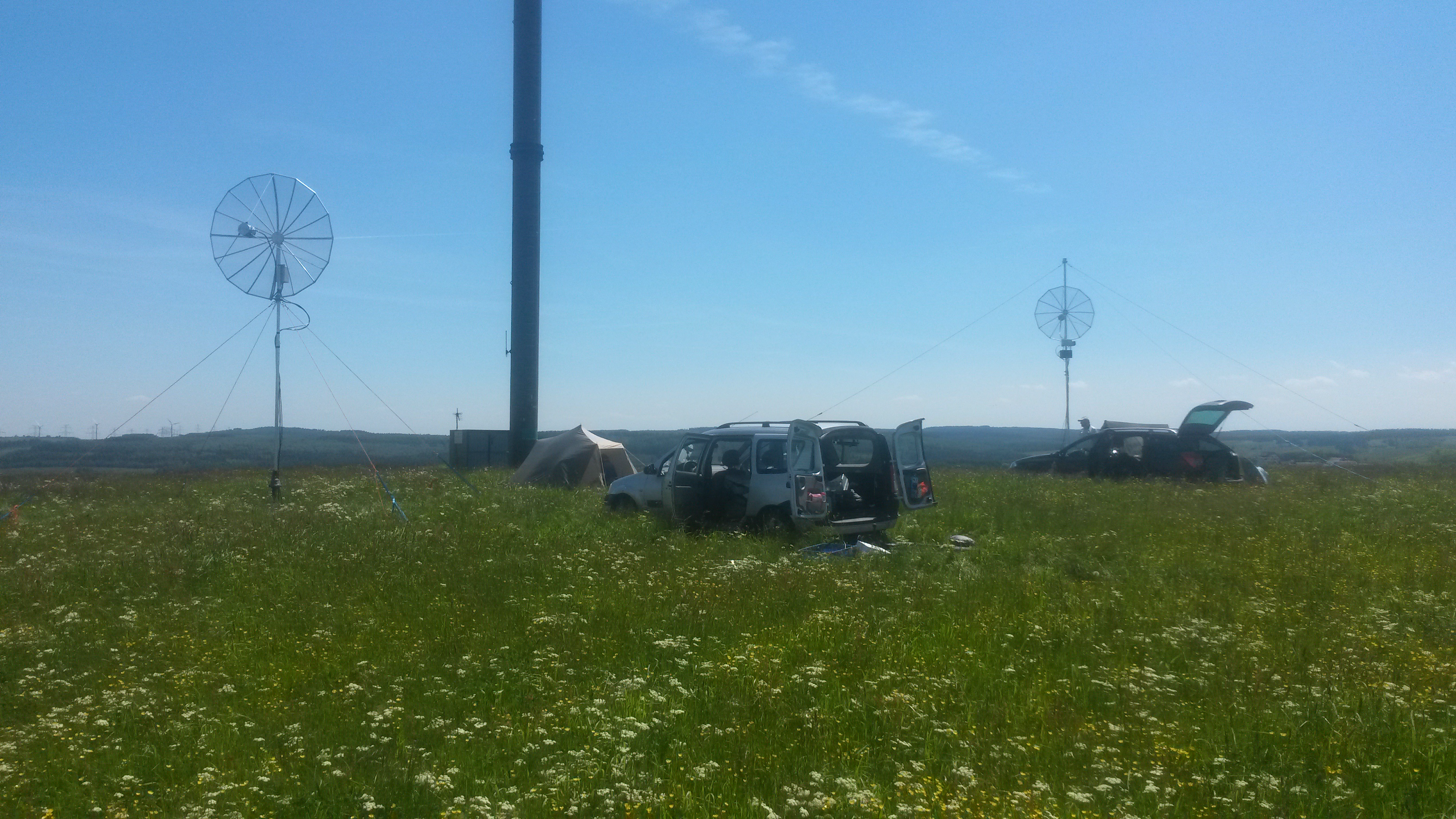 Please find below a comparison between 2014 and 2012. We hit the QSO
number on 23cm from 2012 but the QSO average in 2012 was better. This
allows the assumption, that Condx were better in 2012.
Also on 13cm we have more QSOs but less points compared to 2012.
> Nice conditions occur on the bands higher than 10GHz due to more available
stations and nice DX on 24GHz, see the pictures. 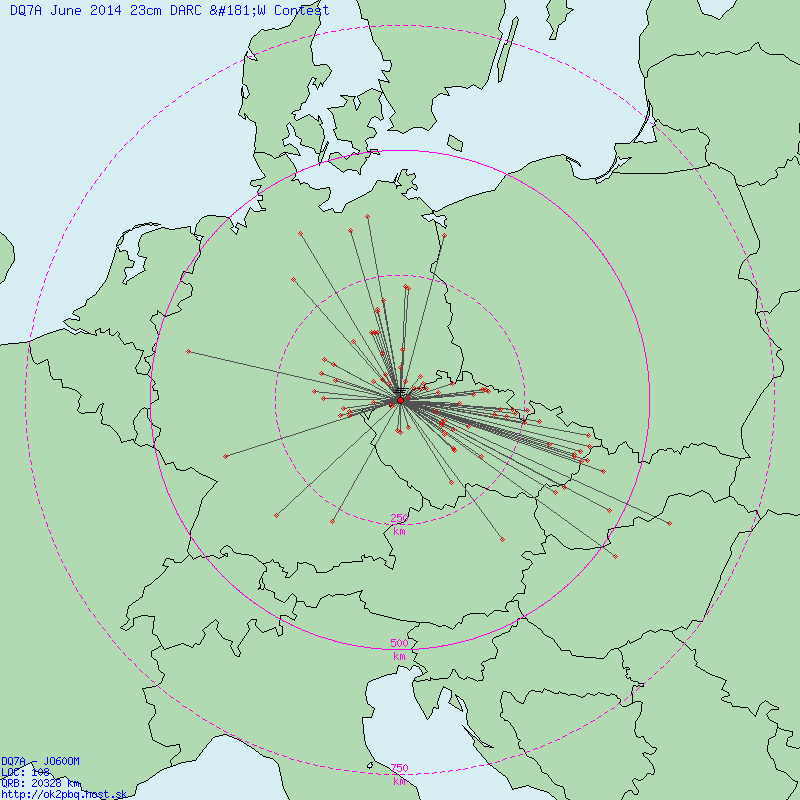 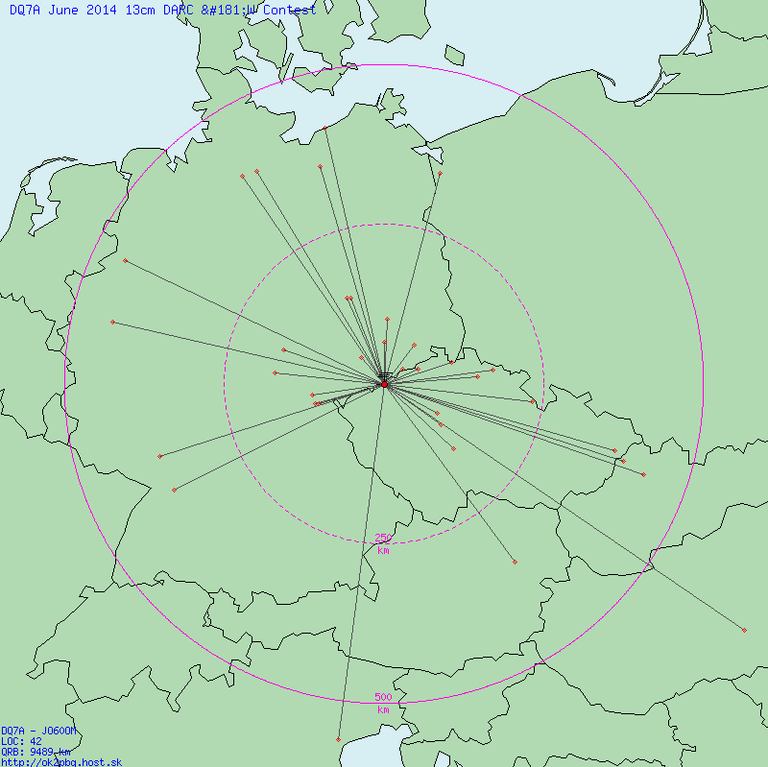 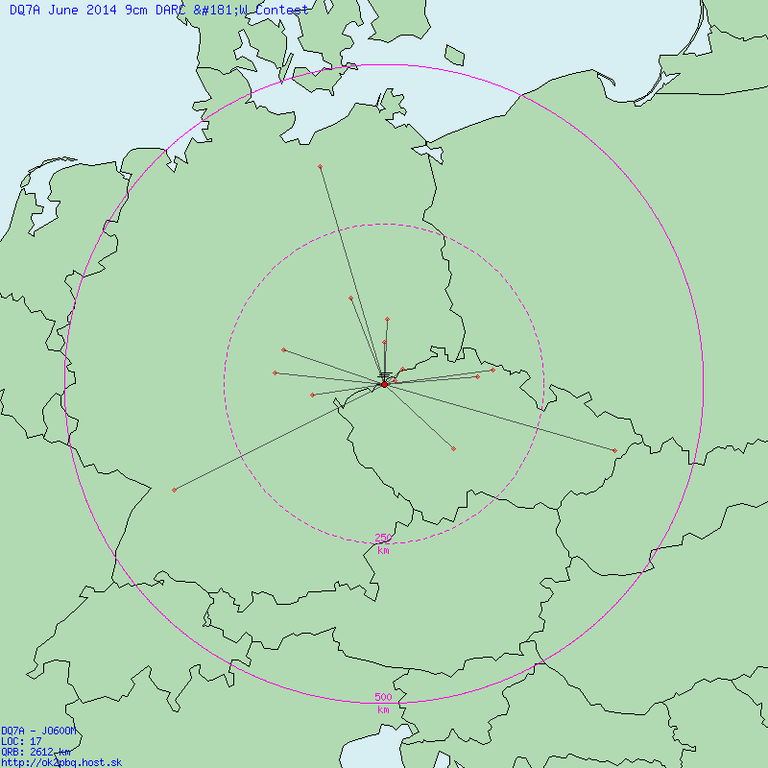 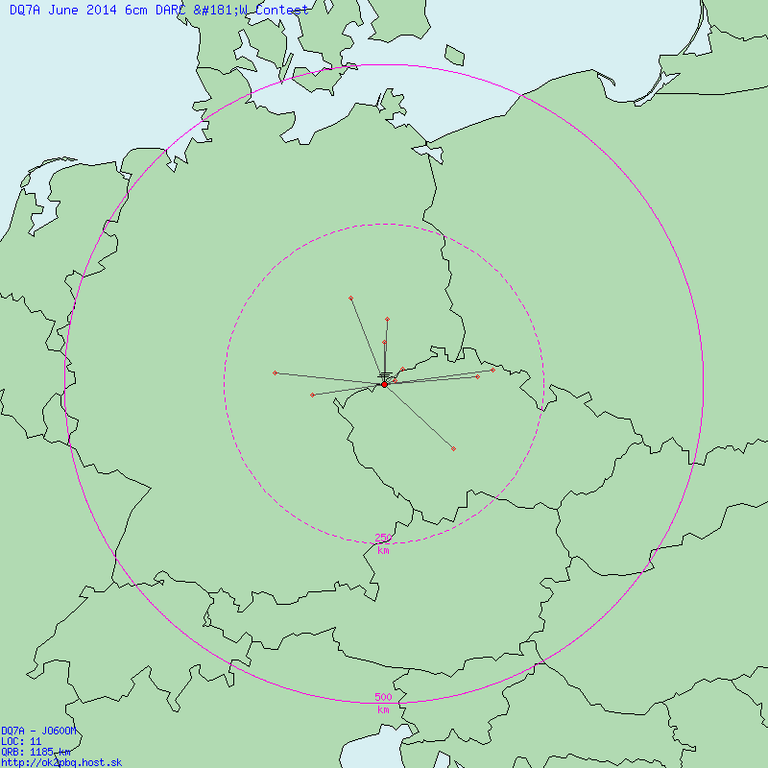 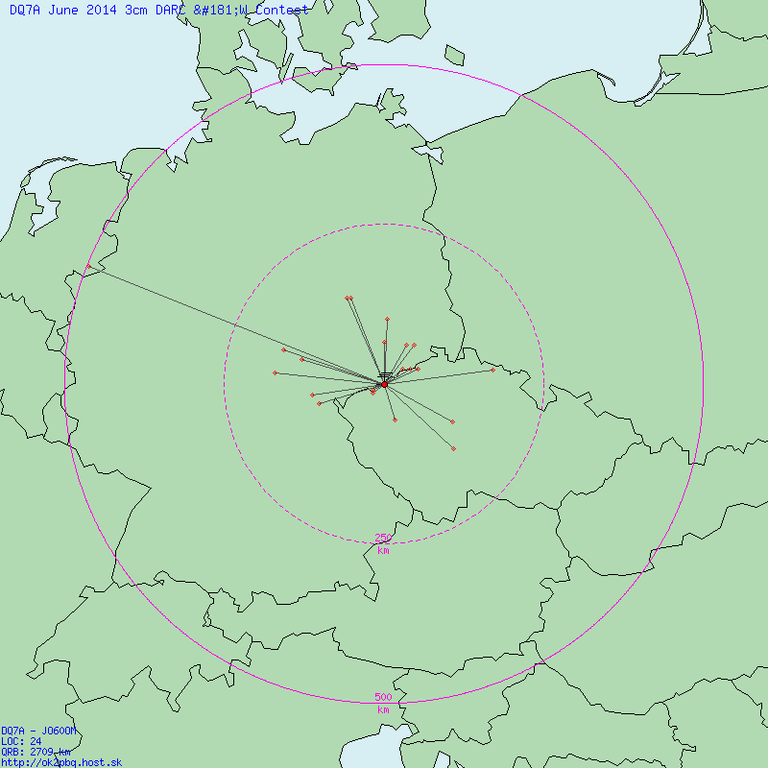 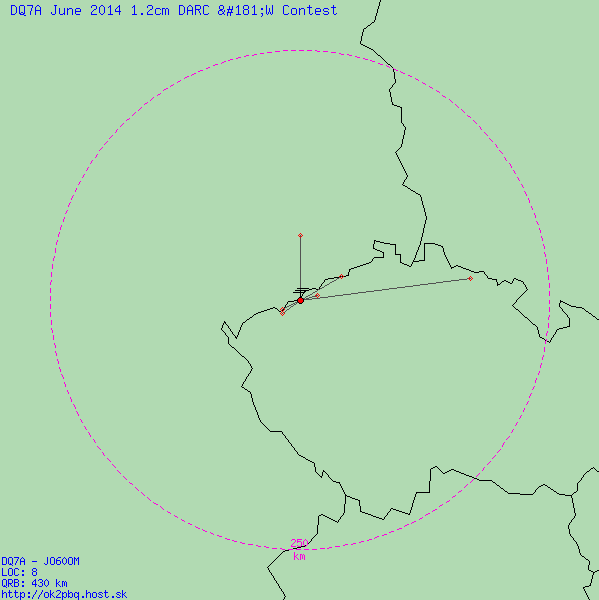 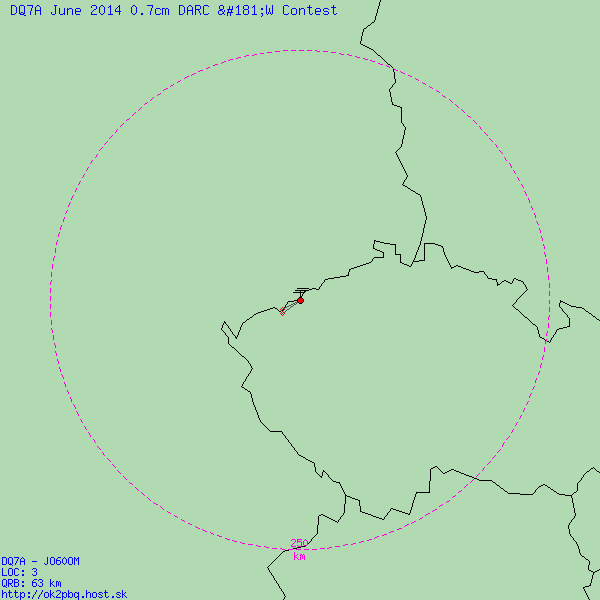 Many thanks to all participants. Looking forward to meet you in the next contest.
DQ7A