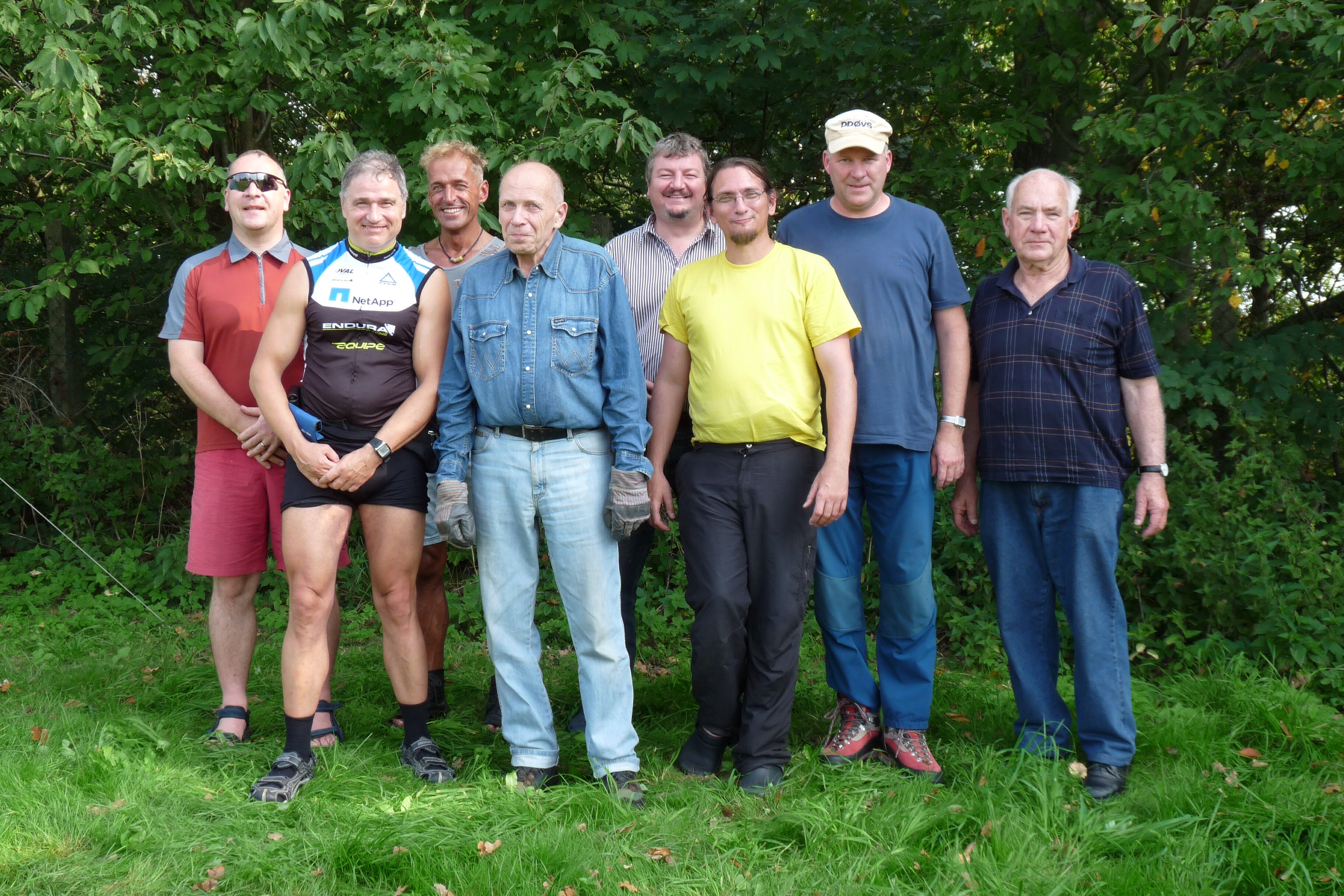 Well, this contest year runs well for DQ7A. We were able to defend our position number 3 in the DARC UKW Contest Trophy until today. And, we want to put all available effort in keeping this position.

Early enough we received again an invitation by DK3WE to start as DQ7A in the Location Deditzhöhe (JO61JF) which isusually the place for DF0MTL. This was only fair since over the year our (extended) crew members traveling from Munich or Jena or Grimma to the Häuselstein, JN59RJ.

It has been decided to run with two antenna systems, the well known DL2LSM pole which is employed with pressed air and the even well designed rope system to keep the Antenna secure and a second antenna pole, designed mainly using ideas of DL3NCS, lifted up with pulleys via a load arm (support pole).

The DL2LSM system is capable to hold up to 8x Antennas but was used with only 4x 6 element 2m Yagis. This time we used DH0LS made antennas they avoid the decrease of SWR during rain like the traditional Oberender style antennas did. The DQ7A system is a 15m Spider-beam pole capable for up to 4x 9 Element F9FT Yagis.

The first antenna system has been installed already on friday evening. The second one has been seted up saturday morning till early afternoon, since it was the first time that it has been moved up in this configuration. A foot walk of approximately 2.3km are necessary for each person involved.

It was really hot, felt like the this year July contest weekend. So multiple thunderstorms have been created close by but never hited us. Two of them passed by rigth after the start in, one in north, the other on south with a distance of approximately only 5km both. Rain does not hit us over the contest until last minutes of dismanteling.

We used an Elecraft K3 with a Kuhne TR144H+40 Transverter together with a home made PA and Two Antenna Management System (TAMS). For some reason we need an invention like a rubber rope to prolong our cables from second antenna systems. Happily also the short looking cables were long enough for usage, only the rotor system 2 was only inconveniently usable :-(. This has been compensated by the high speed turning system of DL2LSM.

There were no particular excellent condx. Via chat we observed some Tropo from SP to north OH.

The activity overall was as expected. In the 500km diameter area we worked about 5,7% of all locators which have been reported as activated ever in the VHF.txt database from Martin Henz, DL5NAH. (For better analysis a list of all worked locators in a particular contest would be great - well, after log dead line).

There was a higher activity observed in OZ. From northern directions we have significantly more stations in the log compared to the other directions in relation to the availble stations. Well, in South West direction we missed a lot of stations.

Some stations tried to call us but did not reach us, even with QSP. Please accept our apologies.

The author wants to understand how a contest runs and tried to find out "something" which is described herewith.

We started with 70QSO per hour. The rates slowed down other the evening. During the night our monitoring station supported the night operators, so we kept a rate of 6QSOs per hour over night. From morning till the end, the average rate was about 20. Compared with other stations reporting a start rate of over 100 and a final rate of 40 (which is excellent) we think we did everything possible.

Not a surprise is that in the beginning with high rates the average QRB per QSO is lower. With upcoming saturation of the log with short distance QSO the average is increasing. During night the average distance is the highest (since we did not had significant Tropo in the morning), also the maximum distance per hour too.

We did the best we could. To gain more points we simply have to start the contest with higher rates (however this has to be done) and keep that rates on a high level.

Thanks to the team for the third best result ever for DQ7A. Thanks for the fruit full corporation. Thanks to DL2LSM for the goulash soup and an extraordinary Thank You to Jens, DH0LS, for the scout style but delicious barbecue. The team picture was taken at 14:01 UTC on Sunday.

TNX for the QSOs, the challenge and the competition. Hope to see all of you in the next contests. 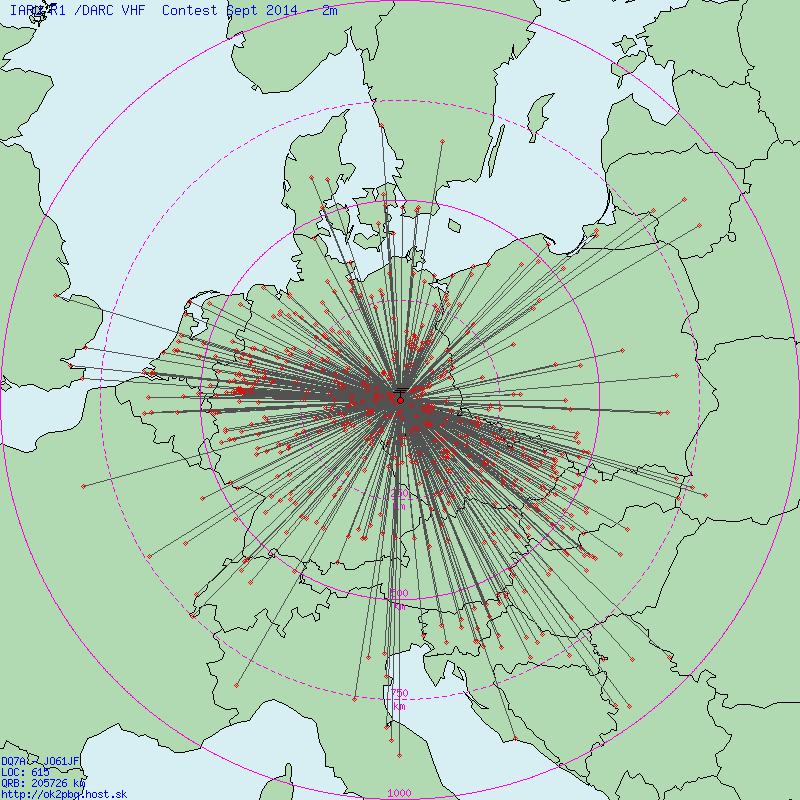 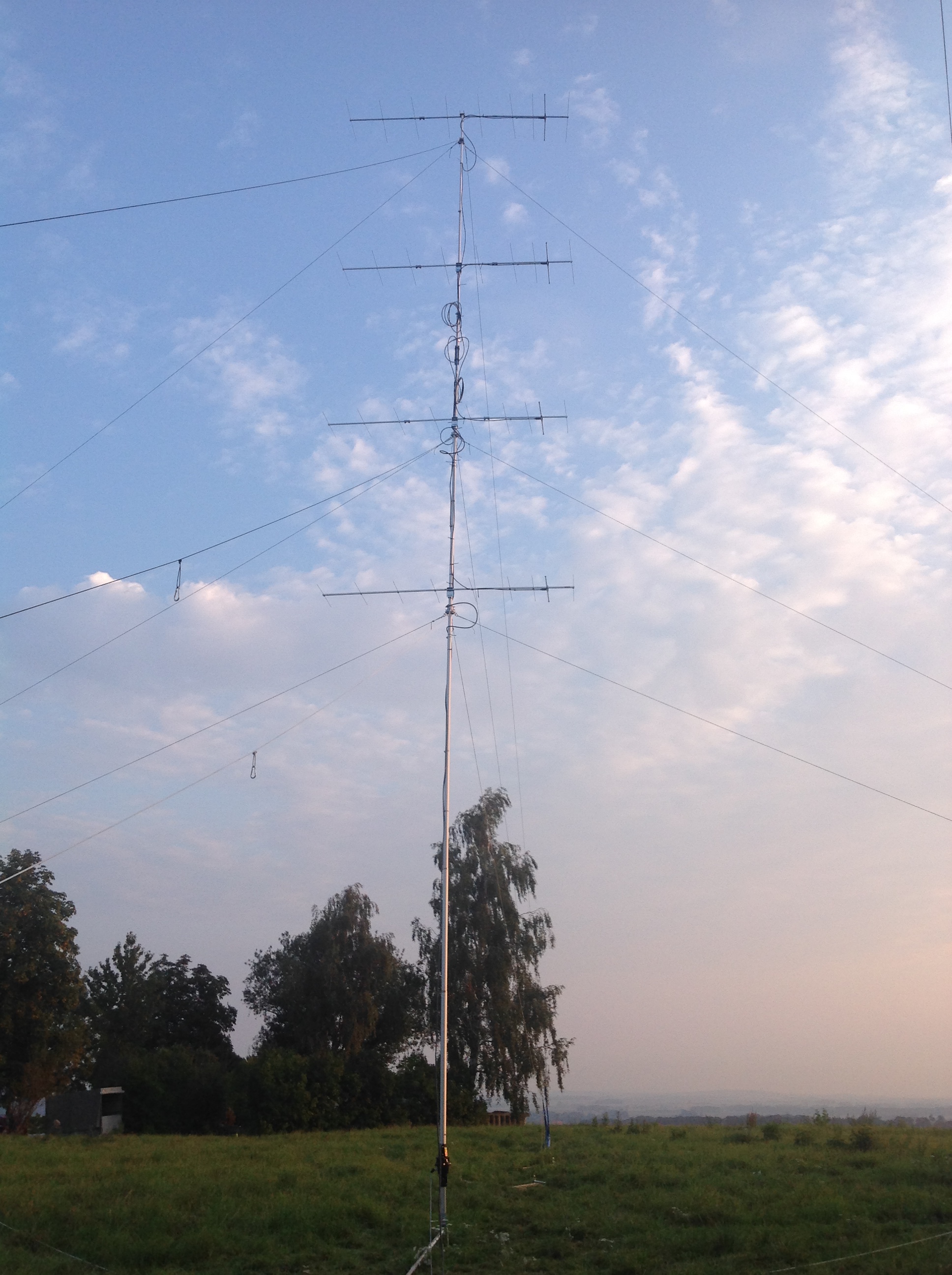 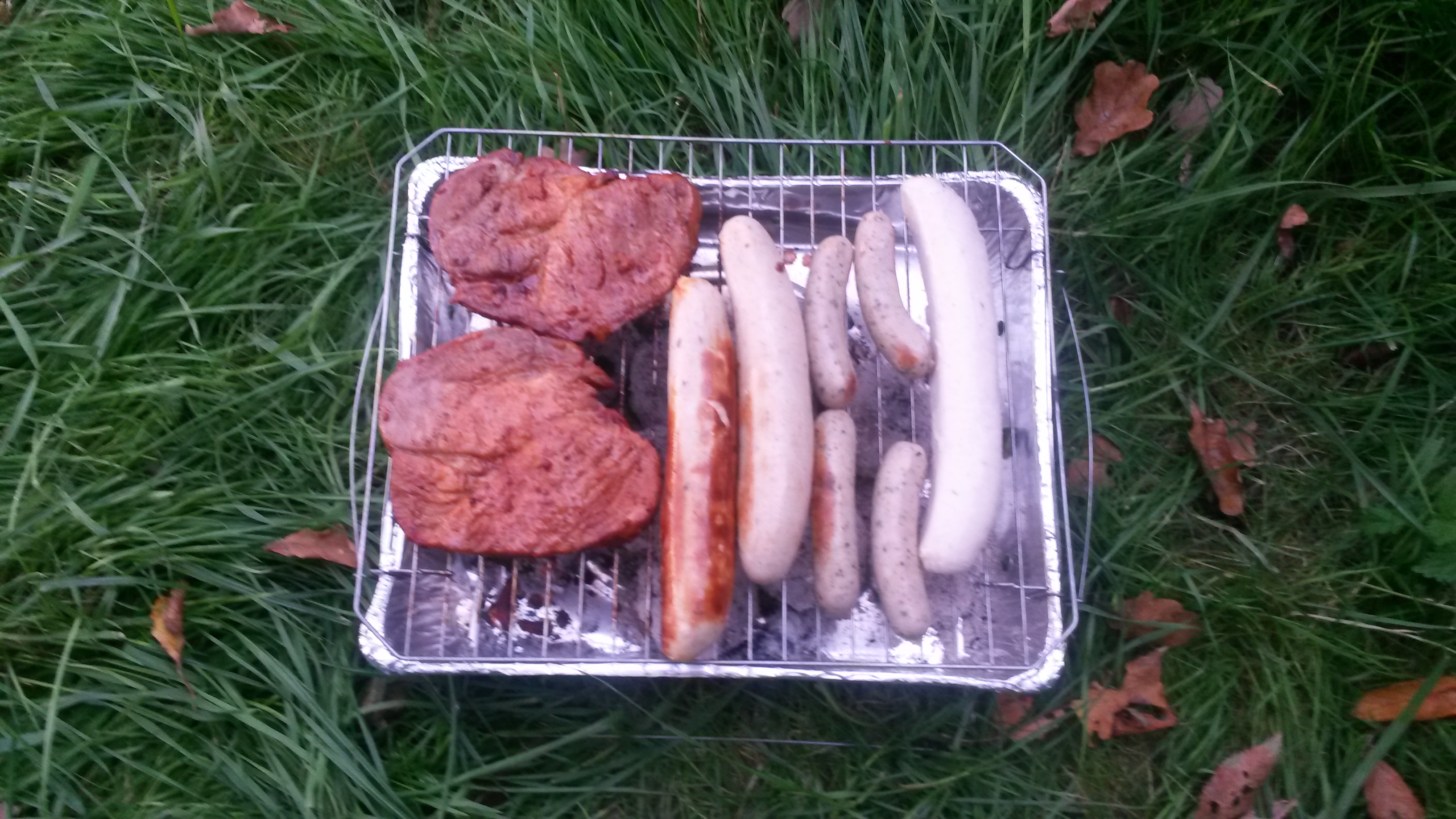